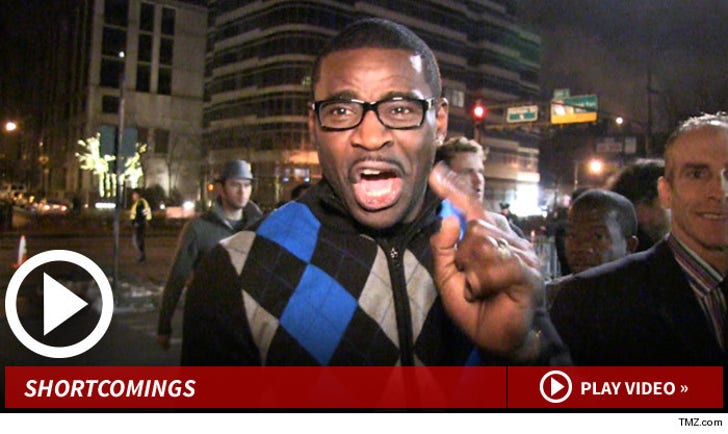 The NFL Hall of Famer was out partying in NYC last night when he broke it down ... saying Doug Williams already took care of the color issue -- so Russell needs to stand up for the vertically challenged.

And according to Irvin, that's a BIG deal (terrible pun very much intended).