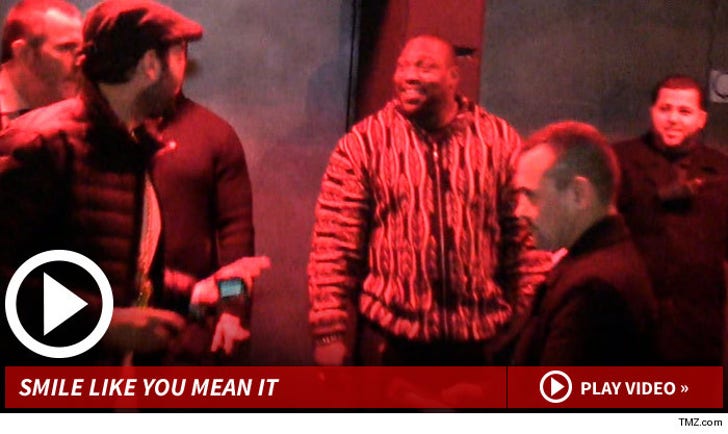 After making one of the worst financial decisions of his life -- and losing a $100k bet to Rick Ross -- Warren Sapp mustered up the energy to hit the NYC clubs last night ... and TMZ Sports has the footage.

Sapp hit up Marquee nightclub in NYC ... where the Seahawks partied after their big Super Bowl win -- and despite losing $100,000, he seemed to be in a pretty good mood.

TMZ Sports broke the story ... Sapp made the bet with the rap mogul earlier this weekend ... and the terms of the bet were all captured on video.

No word on how Sapp plans to pay up ... considering he filed for bankruptcy back in 2012, and was in such dire straights, his Nike shoe collection was seized and auctioned off to pay back his creditors.