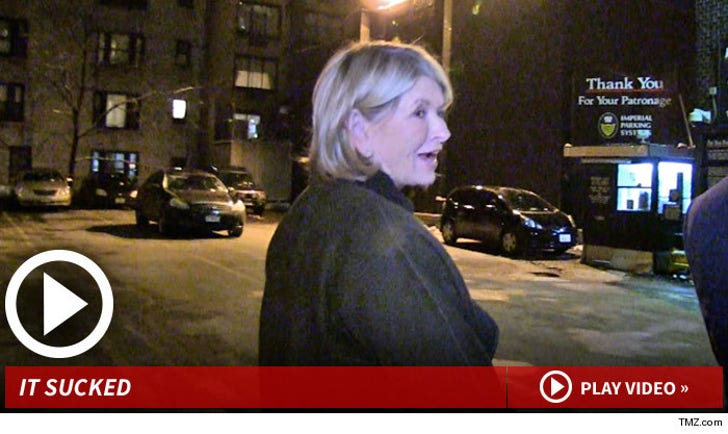 Martha Stewart is coming out swingin' in defense of Peyton Manning ... telling TMZ Sports he did a "good job" in the Super Bowl ... and kept his composure when his team imploded.

Stewart was leaving The London Hotel in NYC when she went off about the Super Bowl -- explaining that she not only watched the game, but she HATED IT because it was so mismatched.

But when we asked about Peyton Manning ... Stewart made it clear she had his back -- saying, "He held it together. He could've cracked. He didn't."

But the ultimate compliment ... Stewart added, "He's a nice man."