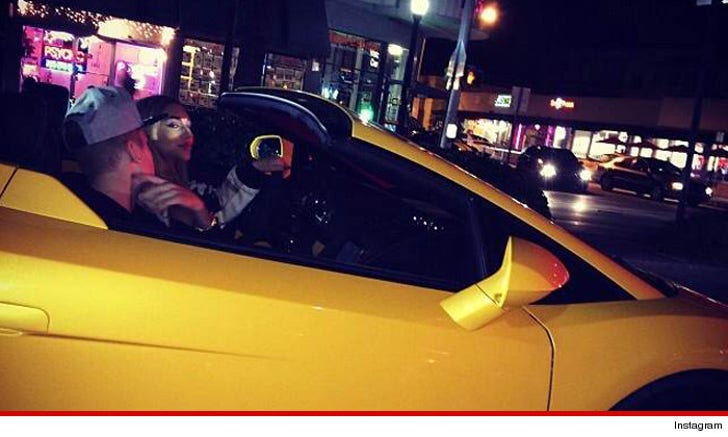 Prosecutors in the Justin Bieber Miami Beach misdemeanor DUI case are hunting down witnesses across the country ... including Bieber's own girlfriend ... in an attempt to nail him.

Sources connected with the investigation tell us ... investigators have been hounding Chantel Jeffries and her friends and relatives, trying to get her to sing like a bird and incriminate the Biebs.

Sources in the State Attorney's Office tell TMZ ... it's not unusual for them to go on the hunt for witnesses, even though this is a routine DUI misdemeanor case.

But here's what we know. If they get to Chantel, she's not going to help their case. We're told she is clear -- Justin did NOT drink or smoke weed in the club before getting in the Lambo. She also insists the drag racing claim is total BS -- that they never went faster than around 40 MPH.

TMZ broke the story ... prosecutors have problems with the case. First of all, cops claimed Bieber reeked of booze in the car and when he was at the station, but he registered an imperceptible .014. And as for the drag racing claim ... the GPS readout shows the max speed at 44 MPH, and during the so-called drag race he was going 27 MPH -- below the speed limit.