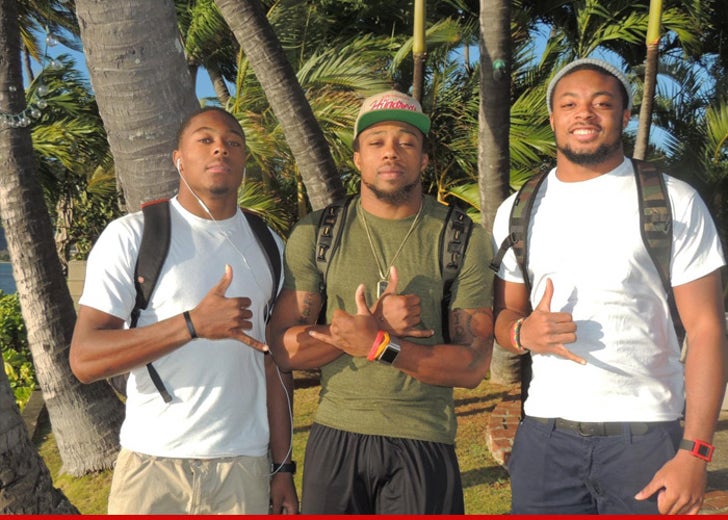 Nothing takes the sting out of a brutal playoff loss like week on the beach on the beach ... so says Kansas City Chiefs safety Eric Berry, who tells us he went straight to the tropics after KC's devastating 1st round defeat to the Colts.

"I threw a tantrum for about a week then went to Hawaii with my loved ones," Berry says.

We're told the 25-year-old Pro Bowler took roughly 15 family members on the trip to help him get over the bitter end to the 2013 season.

But what really put him in a good mood is when he found out his little brothers (who happen to be twins) accepted football scholarships to the University of Tennessee ... where he and his father played their college ball.

"It's one of those feeling that's hard to translate into words. Just seeing the twins grow up into the young men they are makes the whole family proud."

He continued, "Pops always talks to us about doing something great, leaving our mark and creating a legacy. They're handling their end of it very well."