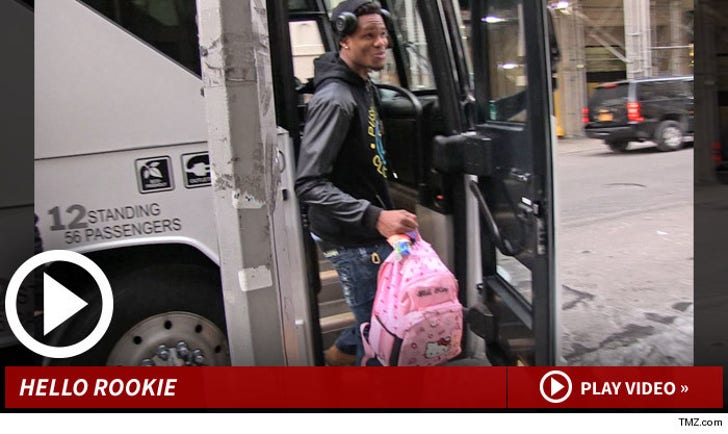 It doesn't matter that Ben McLemore was the 7th overall pick in the NBA draft ... or the fact he's considered a legit future star ... he's still a rookie -- which means, he's gotta carry a "Hello Kitty" backpack around NYC.

We spotted the Sacramento Kings shooting guard on his way to the team bus -- but it wasn't the fact that he's 6'5" that drew our attention ... it was the bright pink bag on his shoulder.

Could be worse -- at least he didn't have to shave his head like Friar Tuck, right Tim Tebow?