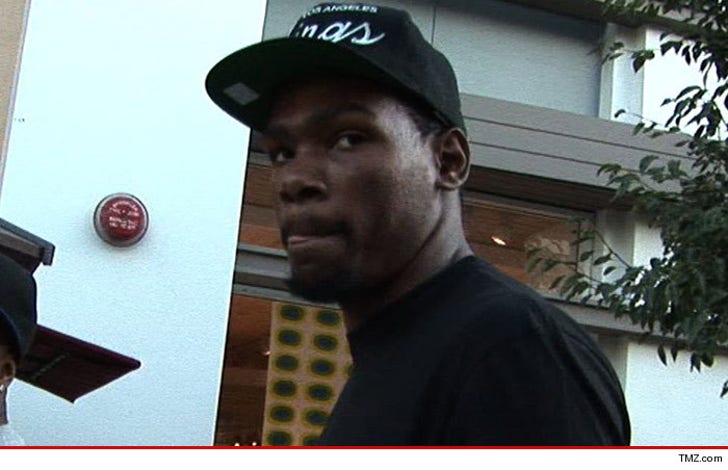 Kevin Durant says his personal chef is for pleasure ... not for business ... and now KD is suing his accountant claiming the guy tried to screw over the IRS by making it seem the cook was an essential part of his NBA career.

TMZ Sports has learned ... Durant is going after Joel Elliott -- claiming Elliott got him in some deep trouble with Uncle Sam over the years by trying to write off several business expenses that clearly weren't business related.

In his lawsuit, Durant says, "Fees paid to a personal chef would not be regarded by a reasonably prudent accountant as qualifying for a business expense deduction."

Durant says the personal chef deduction was just one of MANY irresponsible accounting moves by Elliott that landed KD in hot water with the IRS.

In fact, Durant says his tax returns from 2007 to 2011 are so messed up, he had to hire another firm to fix what Elliott screwed up.

KD says the whole ordeal has cost him more than $200k -- and he wants Elliott to pay.

We reached out to Elliott's lawyers -- so far, no word back.