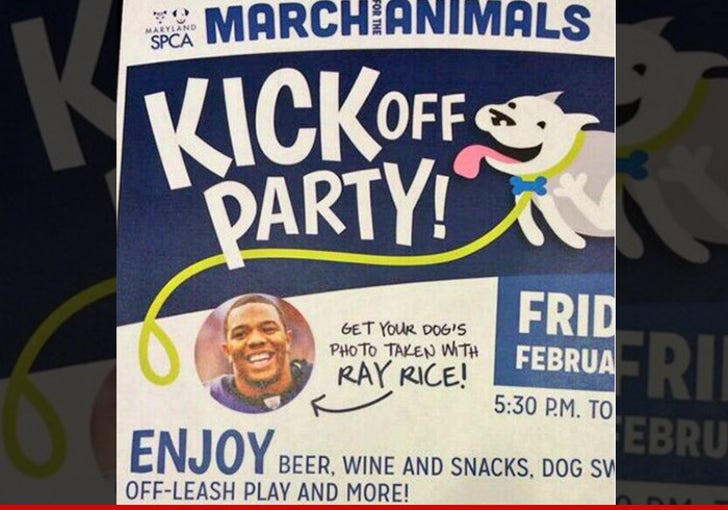 Ray Rice has been scratched from a charity event to benefit abused animals ... after organizers decided the circumstances surrounding Ray's domestic violence arrest would be too big of a distraction.

Rice had been scheduled to appear at a kickoff party for the Maryland Society for the Prevention of Cruelty to Animals' kickoff party on Friday ... but he's since been replaced by Baltimore Ravens teammate Haloti Ngata.

A rep for the MDSPCA told the Baltimore Sun the decision was mutual between the org. and Rice because "they didn't want to take the focus off the animals and the cause."

Of course, Ray's been the center of a media tidal wave after TMZ Sports posted footage showing the running back dragging his seemingly unconscious fiancee out of an elevator at an Atlantic City casino following an alleged domestic incident early Saturday morning. 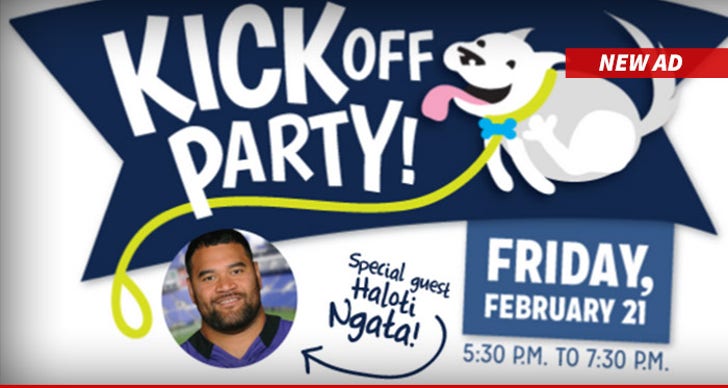