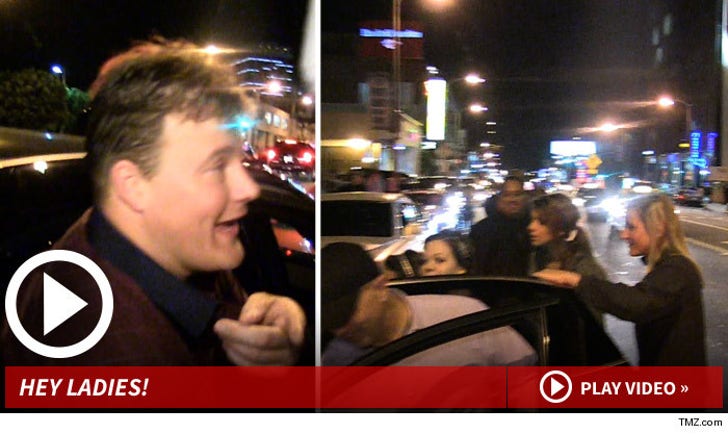 Richie Incognito was lady-killin' in Hollywood last night ... with 5 GIRLS getting into his car outside of a Sunset Strip nightclub ... and TMZ Sports has the footage.

Incognito was partying at 1OAK last night ... where we asked him if he had any advice for another NFL star in crisis, Ray Rice.

But Richie was more focused on another situation -- the 5 ladies from Wisconsin who were clearly interested in spending some private time with the embattled football star.

The girls all piled into his waiting ride ... but got out after only a few minutes. They hinted they were gonna meet up with Richie later in the evening.

But the best part ... when we asked the girls if Richie could be considered a good role model -- one of the ladies shot back -- "NO!! Because we are 18-years-old!"