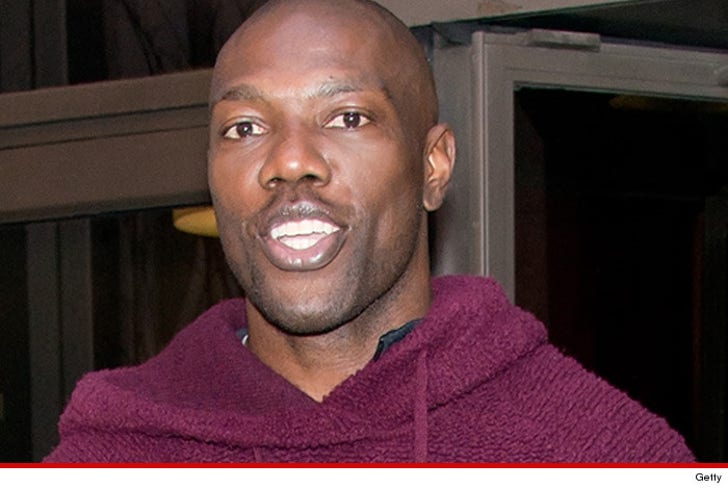 The document show ... T.O. checked the box asking the judge to stick Rachel with the bill for his legal fees for the divorce.

FYI -- T.O. once signed a contract reportedly worth up to $49 MILLION.

Terrell Owens says his estranged wife is full of crap ... claiming they weren't happily married for 2 weeks before their relationship fizzled ... IT WAS ONLY 3 DAYS!!!

In the docs, filed in L.A. County Superior Court, Terrell acknowledges they were married on January 23rd ... but split up on the 26th.

Owens also claims they have no community property ... which is interesting, since Snider claims he only married her to get a loan on a $2 million home in Sherman Oaks, CA.

Snider insists the two were married for a full 2 weeks before she decided to leave him -- and claims they had a secret 5-year relationship before that. Days after they split, Snider was hospitalized for an apparent suicide attempt.

Interesting note -- T.O. filed the divorce documents "In pro per" ... which means he's acting as his own lawyer.

Which reminds us of an old saying in the legal world - "Any man who represents himself has a fool for a client."

Snider tells TMZ Sports ... "How nice of him to run to the courthouse when I was in the hospital – and on Valentine's Day no less. If money isn’t an issue – why doesn’t he have an attorney?”