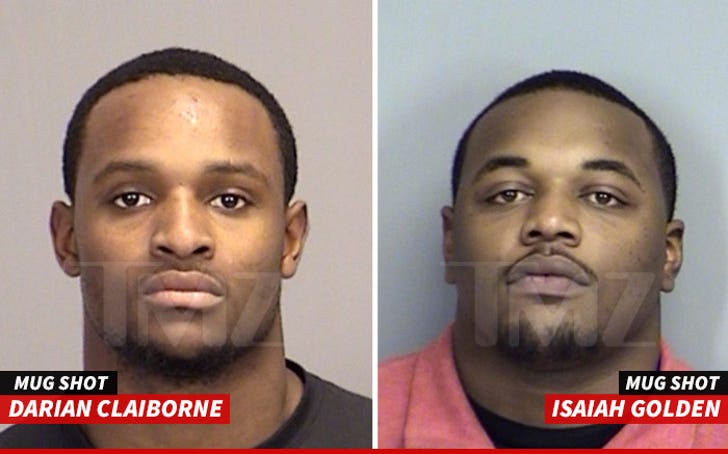 Two Texas A&M football players were arrested over the weekend -- a blue chip recruit was detained -- after allegedly making a series of incredibly stupid decisions ... involving weed, booze and parking in a handicap space.

Here's what happened, according to cops.

Isaiah Golden (DL), Darian Claiborne (LB) and Devante Noil (WR) were all inside of a silver Infiniti parked in a handicap space at an apartment complex in College Station around midnight.

According to the police report, an officer approached the car ... and smelled weed. He detained all 3 players, along with another man, and proceeded to search the car.

The cop says he found weed along with a bottle of brandy ... which is a problem since all of the men are under 21.

But during the incident, the officer says Claiborne "became very loud ... complaining that this was going to ruin [his] college football career."

The officer says he continued to yell and began "interfering with the investigation" -- so he was arrested for a "noise violation."

Golden was eventually arrested for the weed (cops say he was in possession of 1.9 grams).

As for Noil -- considered one of the top wide receiver recruits in the country -- he was let go.

We called A&M for comment -- and a rep essentially said the players who were arrested will be suspended ... telling us, "In accordance to Texas A&M athletics department policy, anytime a student-athlete is arrested he or she is immediately suspended from all athletic activities."