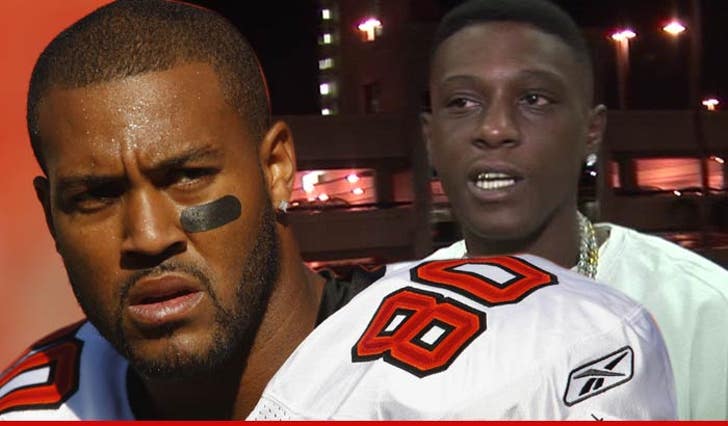 Former NFL wide receiver Michael Clayton has been friends with Lil Boosie since they were kids -- and he tells TMZ Sports he's VERY EXCITED his "dawg" is finally out of prison.

Boosie was released from Louisiana State Penitentiary on Wednesday, where the rapper had been locked up since 2009 for drugs.

Now that Boosie's free, Clayton -- who was a beast on the Tampa Bay Bucs -- says, "For me, it feels really good that he's out."

"He's got a sweet soul," Clayton says ... "He took care of a lot of people before he went to prison."

Clayton says he just spoke with Boosie's mother -- who says she's "very happy to have her baby home."

Michael -- who stayed in touch with Boosie throughout his prison stint -- is also optimistic that Boosie left the pokey a changed man.

"He learned a good lesson," Michael says ... "Sometimes being behind them bars helps you learn."