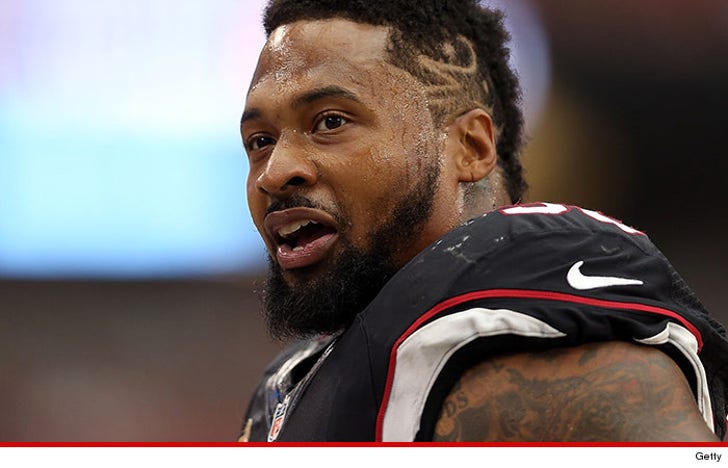 "Darren Sharper" is apparently becoming a slang term for raping a woman ... at least according to Arizona Cardinals defensive stud Darnell Dockett.

The 3-time Pro Bowler went on Twitter the other day and spelled it out ... writing:

"My boy just said 'Man I saw a girl so bad today I wish I had that DS for her.' I said what's DS? He said that Darren sharper."

Sharper has been charged with drugging and raping 2 women in Los Angeles ... and he's facing similar allegations in 4 other states, including Arizona.

One guy gave Dockett the "too soon" treatment on Twitter. What do you think? 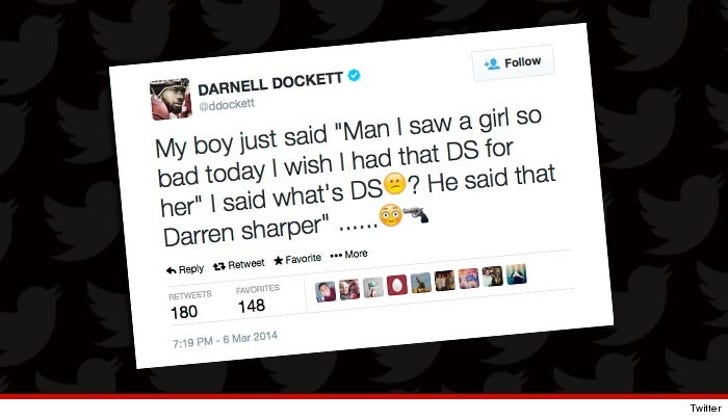