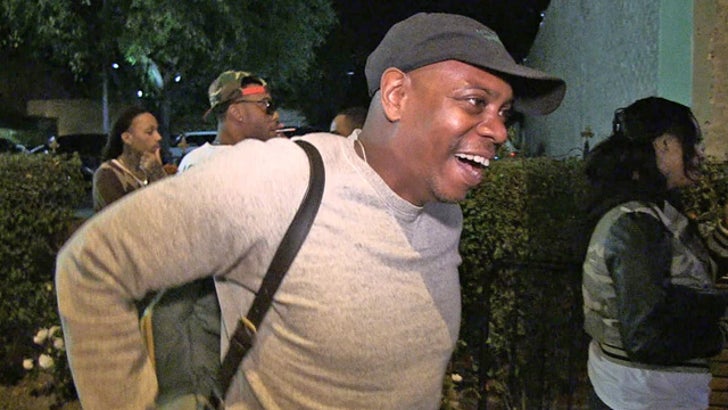 Add Dave Chappelle to the list of people in awe of Johnny Carson's sex tape ... especially after we broke it down -- inch by inch -- for him last night.

Dave was actually in total disbelief when we told him about Carson's videotaped sex romp outside DBA nightclub in West Hollywood.

But you gotta see his face and hear his reaction when we tell him just how #blessed Carson was -- 10 inches by some reports.

Side note: Dave rolled up to the club in a convertible Porsche. He's still rich biaatch!!!