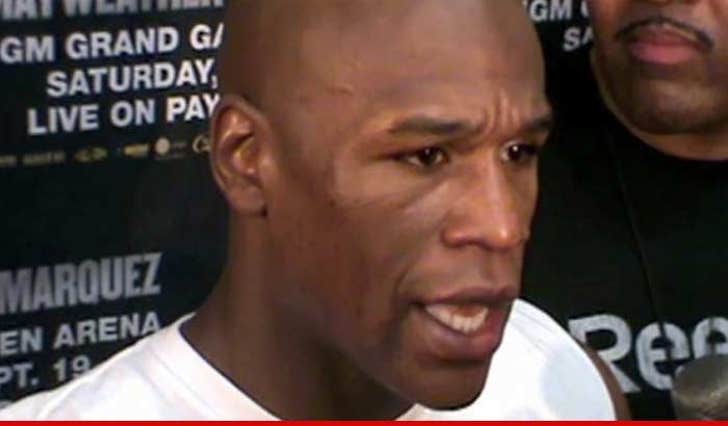 Floyd Mayweather allegedly orchestrated a savage attack on two of his employees he suspected of stealing his jewelry ... TMZ has learned.

Sources familiar with the situation tell TMZ Sports ... the two men had been hired to work on Floyd's Vegas homes ... but when jewelry went missing, Floyd pointed the finger at them.

We're told the men claim they were contacted several weeks ago and instructed to meet Floyd at an off-site location.

When the men arrived, they claim Floyd was waiting for them -- along with a number of his "people" -- who proceeded to beat the living crap out of them with various weapons, including clubs.

Our sources say the attack was so brutal the men could have easily died. Both men had broken arms and legs and were hospitalized for several days.

We're told the men are adamant they never took anything from Floyd and it appears Floyd realizes that now. But here's the problem for the champ -- sources familiar with the situation say the attack amounts to attempted murder, mayhem and kidnapping. We're told the men have retained a lawyer.

We reached out to Floyd's people for comment -- so far, no word back.