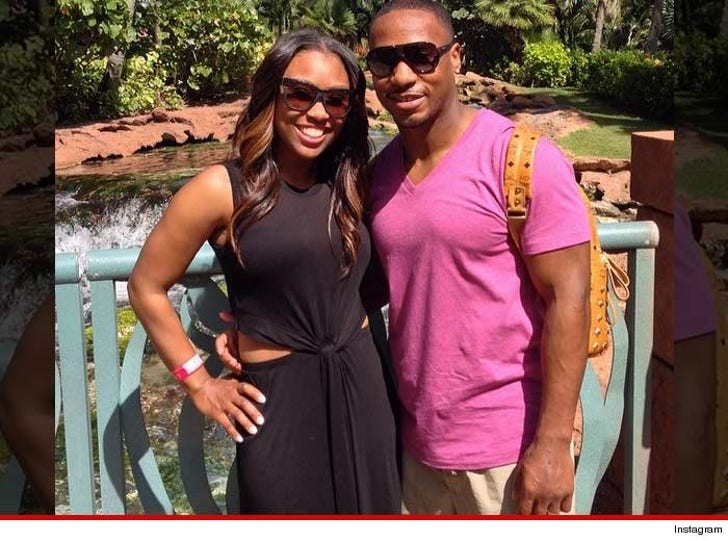 Darren Sproles' wife tells TMZ Sports ... she's under attack online over the way she publicly trashed the New Orleans Saints -- but she wants the fans to know her beef is ONLY with management.

After Michel Sproles learned that N.O. was planning to trade her running back husband, she went to Instagram and said the situation was "f**ked up." She also said that God would "get u back."

We spoke with Michel ... who tells us she's been hammered by angry Saints fans who have been blasting her online -- calling her a "golddigger," a "bitch" and worse ... and she wants it to stop.

"I started out just jokingly expressing myself," Michel says ... "It's gotten misconstrued. I wasn't attacking the Saints FANS." Michel says her beef is only with the front office.

Still, Michel says she doesn't regret posting the message ... but notes, "I maybe should have delivered it differently."

"When you're sad, you express yourself as you normally wouldn't."

As for Darren, Michel says he predicted that her post would "blow up" before she put it online ... she disagreed.

"He was right, I was wrong," Michel says. Though she says he hasn't commented about the situation since the post went up.

As for the haters, Michel says ... "These people don't have to follow me, they can voluntarily exit my Instagram."