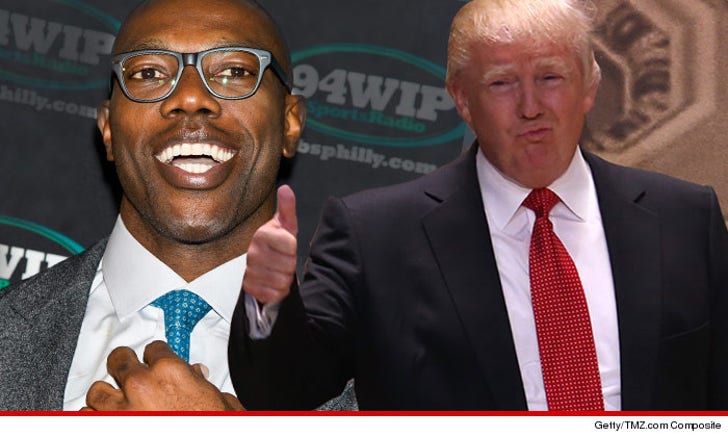 He's already been axed by the Cowboys, Eagles & Bengals .. but now Terrell Owens is gonna have a chance to be FIRED BY DONALD TRUMP ... 'cause he's gonna be on "Celebrity Apprentice," TMZ Sports has learned.

Sources tell us ... T.O. is all set to appear on the 14th Season of Trump's mega-hit show on NBC.

And it's not just for the paycheck, now that Owens is on board, he's got a HUGE opportunity to blow up his post-NFL career ... just like Joan Rivers, Clay Aiken and Arsenio Hall who all enjoyed a serious resurgence of fame after appearing on the show, which is #1 on Sunday nights.

But Owens may not be the only jock on the show ... we're told tennis superstar Martina Navratilova is in talks with producers and really wants to do it ... but isn't a lock yet.