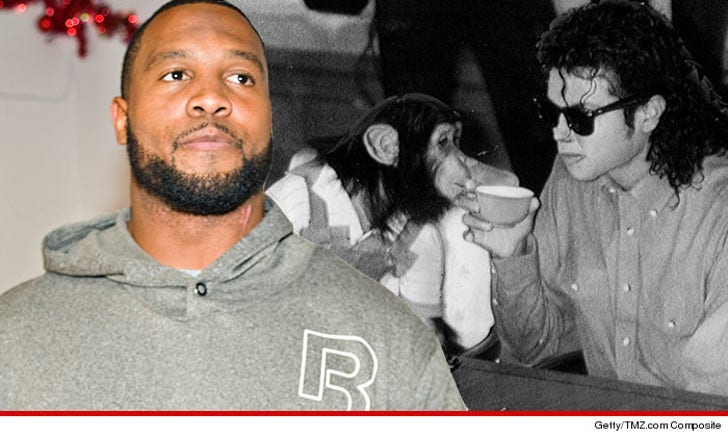 Chicago Bears linebacker Lance Briggs is a huge animal lover -- and tells TMZ Sports he'd be EXTREMELY PISSED if he found out the abuse allegations about Michael Jackson's chimp Bubbles were true.

But Lance says he isn't ready to condemn MJ yet -- "Just because [Jane] said he was beaten, doesn't mean it was. If she had proof, it'd be different."

He continues, "I'm a fan of Michael's talent so it doesn't take away from that -- but my outlook of him as a person would change."

For the record, the MJ Estate has also denied that Bubbles was abused ... and says it still contributes money to the sanctuary where he now lives.