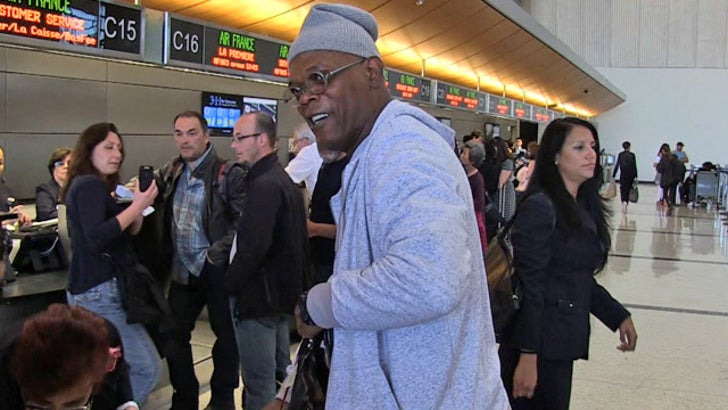 Samuel L. Jackson isn't the kind of guy who beats around the bush -- so when we asked if he thinks Kobe Bryant will ever win another NBA title, the guy was as brutally honest as it gets.

But don't crawl into a ball just yet Laker fans, there is a silver lining ... according to Sam, there's still a way for the Mamba to fetch another ring ... but it won't be due to his performance ON the court.