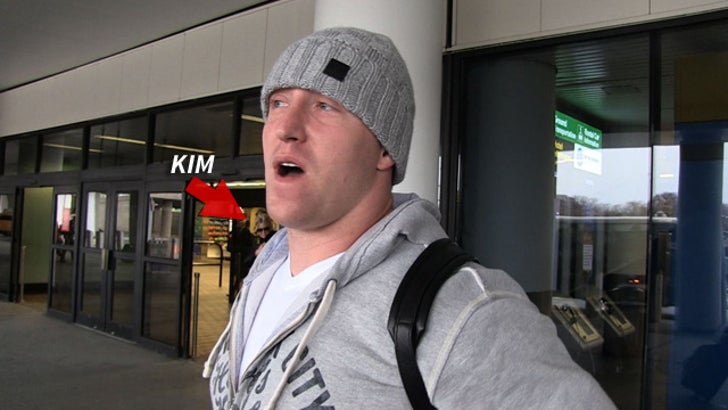 Atlanta Falcons lineman Kroy Biermann might not be ready to retire yet ... but his balls are -- 'cause the defensive end tells TMZ Sports his baby makin' days are officially over.

Kroy and his reality superstar wife Kim Zolciak were leaving LaGuardia Airport in NY this weekend without their 4-month old twins ... the 5th and 6th kids in the Biermann family.

Of course, we had to ask if the couple was planning on poppin' out a lucky #7 ... but Kroy made it crystal clear six is plenty enough.

Ya gotta watch the clip -- while Kim plays the shy card, Kroy says the couple is taking "permanent" steps to prevent another bun in the oven ... but it's unclear if it means Kim's going to tie her tubes or if Kroy's going the vasectomy route.