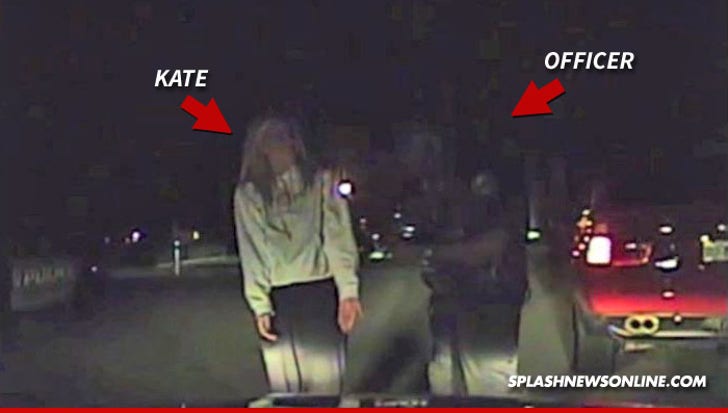 Kate Major's DUI arrest last week began with a big lie, ended with her in cuffs, and featured A LOT OF CRYING in between.

As TMZ first reported, Major was busted for driving under the influence near her home in Florida following a blowout argument with boyfriend Michael Lohan.

The newly-released dashcam video begins after officers have pulled Major over and begun questioning her. When asked if she had been drinking ... Major flat out says no. As TMZ first reported, Major's BAC was .243 ... more than three times the legal limit in Florida.

Right when the officer began to conduct his first field sobriety test, Major began to break down crying.

WALK THE LINE AND ALPHABET TEST

Major was then given a walking test, which she seemed to do well on ... only the officer had not told her to start walking yet.

Then came the alphabet test ... which Major struggled with MAJORLY. She absolutely could not get past the letter V.

Once Major was done failing tests, the officer placed her under arrest and the waterworks began again BIG TIME.

Major was in court this morning where a judge ordered her to go to an in-patient rehab facility. When she gets out, she'll be forced to wear a tracking device.

Major will be released from jail some time in the next day or so, once she posts the $16,000 bond.