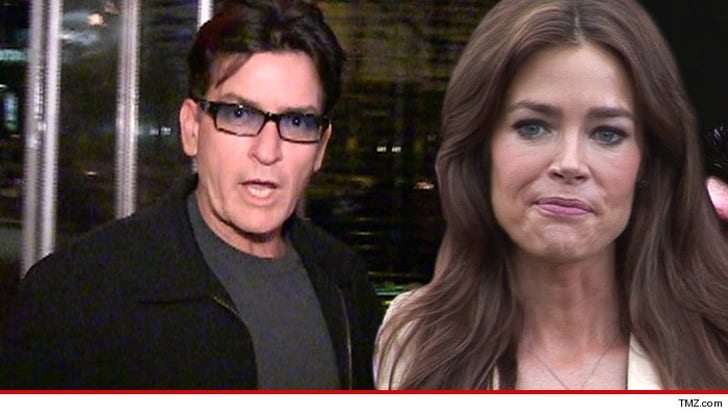 Charlie Sheen has gone for Denise Richards' jugular ... cutting off her child support and kicking her out of her house ... TMZ has learned.

Denise was getting $55K a month in court-ordered support for their 2 kids -- Lola and Sam. We're told he only forked over half that amount for January and hasn't paid a dime in Feb or March.

As for the house ... as TMZ first reported, Sheen bought it for Richards back in 2011 so she and the kids would be close to him. But we're told Charlie has told Denise he's selling the house and wants her out STAT.

Charlie is not hiding his contempt for Denise or the fact that this is retaliation. Charlie believes Denise is keeping Sam and Lola from him. Sources close to Denise tell us ... she can't just race to give Charlie the kids when he feels like having them on a whim. She also wants to be present when he has the children.

Our sources say Denise is getting her legal ducks in a row to go after Charlie in court. Fact is ... when there's court-ordered child support, there's no such thing as a good excuse for not paying. 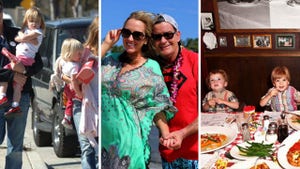 Charlie Sheen -- My Balls Stay in the Picture