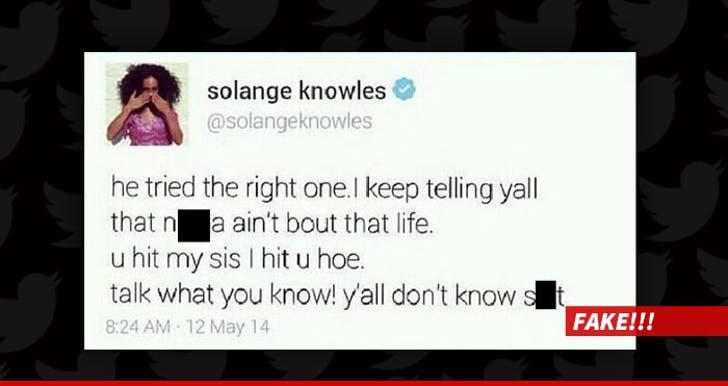 The Internet thinks it has solved the mystery of the Solange Knowles/Jay Z elevator fight, but TMZ has learned the tweet is a fraud.

Shortly after TMZ posted the insane video of Solange losing it -- a photo of a tweet emerged in which Solange accuses Jay Z of hitting Beyonce ... and the image was forwarded over and over again yesterday.

But the tweet in question was never really posted on Solange's Twitter feed, and never even existed -- IT'S A TOTAL FAKE. Solange's rep tells TMZ, "I can confirm that Solange did not tweet that; that is not a real tweet."

But as far as theories go ... it's worth noting that Solange has deleted all Instagram photos with Beyonce in them ... except for one.

The mystery lives on ... 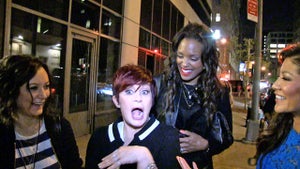