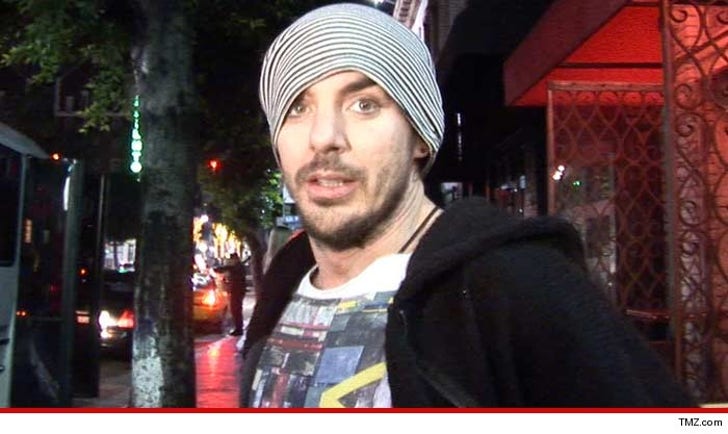 Shannon Leto -- brother of Oscar-winning actor Jared and drummer for 30 Seconds to Mars -- was arrested Monday night for DUI ... TMZ has learned.

Leto was popped in Hollywood around 7:00 PM after cops spotted his car stalled on Fairfax Blvd. in Hollywood. According to law enforcement sources, cops thought Leto showed signs of impairment ... and arrested him.

We're also told Leto had an outstanding traffic warrant for driving without a license.