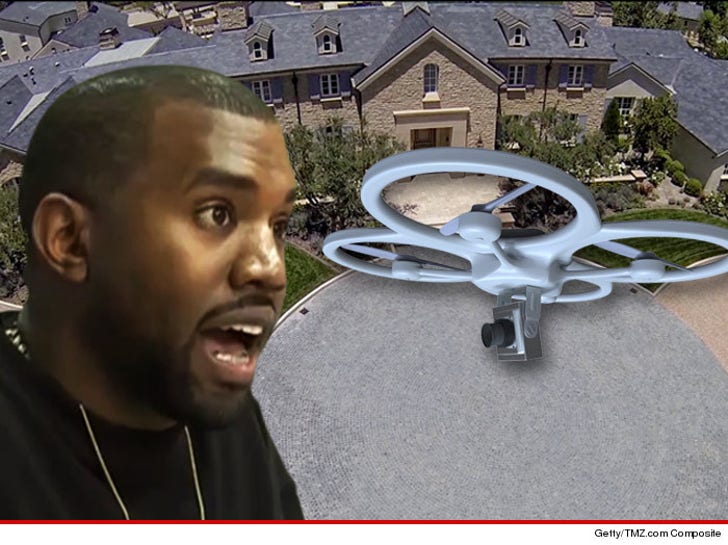 Kanye West fears the paparazzi will fly drones over his home to get shots of his child in the pool and accidentally electrocute her.

TMZ has obtained a copy of Kanye's deposition in the lawsuit filed by a photog who was attacked by the rapper at LAX.

In the depo ... Kanye sarcastically asks the photog's lawyer, "Is your daughter stalked by like drones? Are there drones flying where she's trying to learn how to swim at age 1?"

Kanye goes on ... "Wouldn't you like to just teach your daughter how to swim without a drone flying? What happens if a drone falls right next to her? Would it electrocute her?"

As for how that could happen, Kanye says, "Could it fall and hit her if that paparazzi doesn't understand how to remote control the drone over their house?"

Kanye then explains he and Kim are selling their $11 million Bel Air mansion because they didn't realize paparazzi could shoot directly from the street.

TMZ broke the story ... Kim and Kanye are in escrow for a $20 million secluded estate in Hidden Hills -- near Calabasas. But Kanye clearly thinks even his 3 1/2 acres are not private ... because of paparazzi-controlled drones. 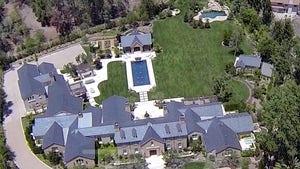 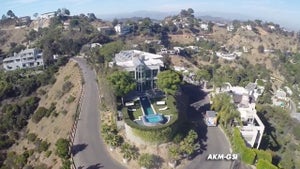