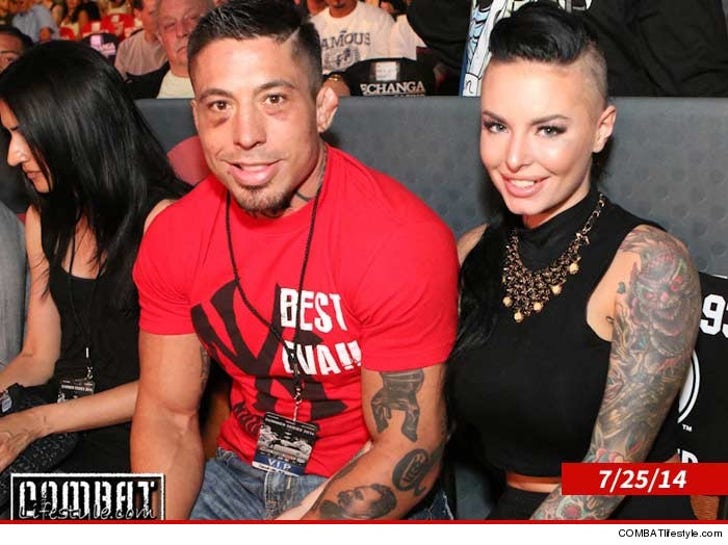 TMZ obtained the pic taken in Temecula, CA while they were attending the fight ... and their coziness seems to contradict Christy's initial claim that they've been broken up for several months.

Christy's family and friends tell us although the pair "officially" broke up in May ... they still consistently hooked up from time to time. The pic may explain War Machine getting jealous of Christy's new boyfriend Corey Thomas.

What it doesn't do is justify the fugitive's alleged brutal beating of Christy and Corey last Friday. 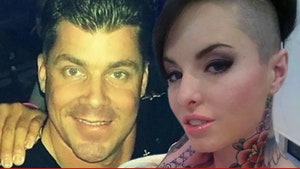 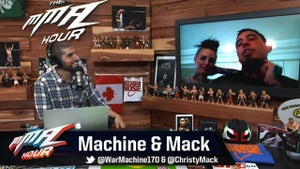