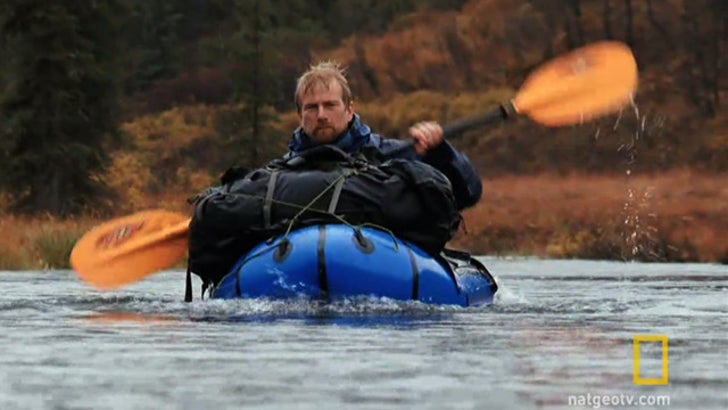 "Ultimate Survivor Alaska" star Tyler Johnson is miraculously still on the run ... after allegedly getting drunk, stealing a car, then suffering a horrific accident that should have killed him.

The unbelievable story started in typical criminal fashion ... the police report says a drunken Tyler stole a car in Anchorage 2 weeks ago and went on a joyride ... before losing control and flipping it.

Tyler wasn't wearing his seat belt and was thrown through the windshield ... and he ended up pinned under the car.

Tyler was taken to the hospital but somehow was discharged before cops were able to nab him.