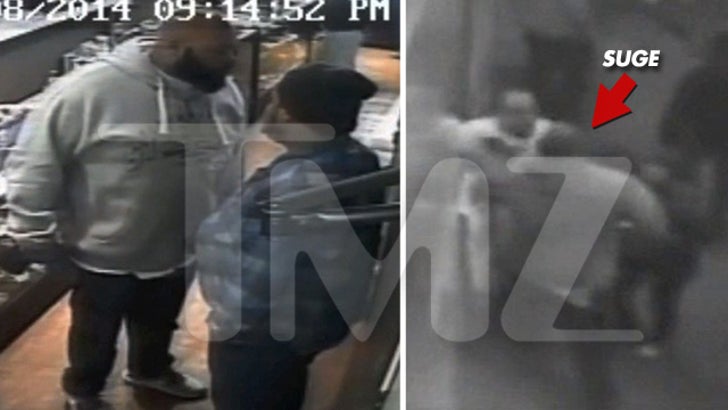 Suge Knight is way better at dodging charges than bullets … because even though he attacked someone at a pot shop, and it's caught on video -- he's not being prosecuted because of "insufficient evidence."

We broke the story -- which was pretty awesome -- Suge got denied at the Medstar Collective in L.A. back in February because he didn't have a medical marijuana card. He went ballistic and slugged a guy in the face -- which you clearly see on the video.

But prosecutors tell TMZ ... they're not filing charges because they believe video alone won't cut it. Who knows ... maybe someone was stupid enough to throw the first punch that wasn't caught on tape.

But we're told the reality is this ... prosecutors need witnesses and if you know anything about Suge, you'll understand that no one is talking.

As we first reported … Suge was shot multiple times early Sunday on the Sunset Strip, and after lifesaving surgery he's recovering in a hospital.

Still … no one wants to get Vanilla Iced. 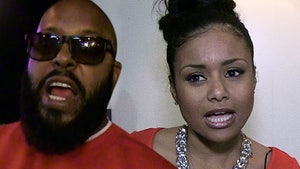 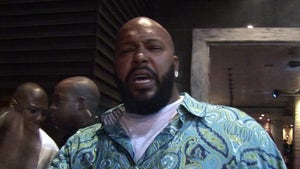