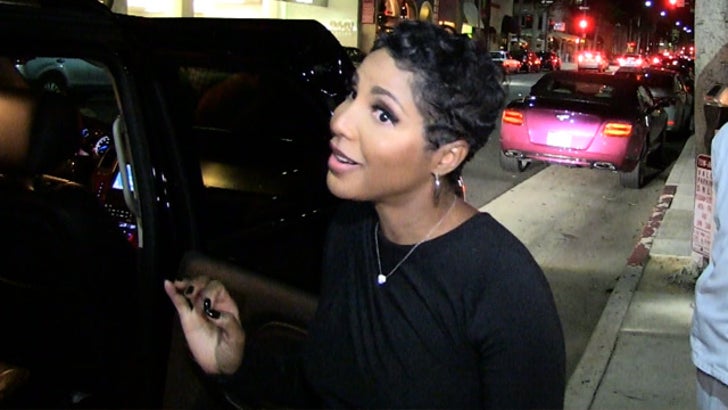 Toni Braxton says she believes in "standing by your man" ... but when it comes to Ray Rice, it's clear the singer thinks Janay Palmer should make an exception.

Toni and her sister Towanda were leaving Mr. Chow in Bev Hills last night when she told us how she sympathizes for Janay for having to deal with her situation in the public eye ... but strongly implies that she should leave her NFL husband.

Braxton's not the only one who feels that way -- "Couples Therapy" host Dr. Jen Berman strongly suggested Janay divorce Ray ... explaining, "I think you can forgive someone and not have to be in a relationship with them."