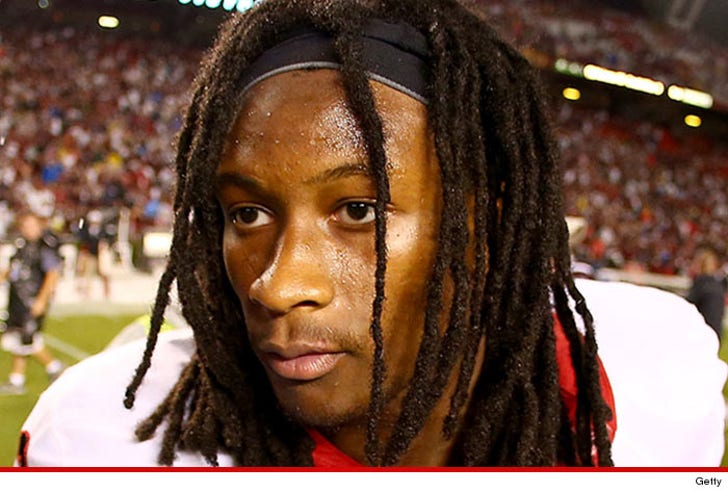 TMZ Sports has learned ... someone is trying to shop video and pictures which they claim shows University of Georgia running back Todd Gurley illegally signing memorabilia ... and it could have been what triggered the NCAA to suspend the college football star.

Here's what we know ... the footage purportedly shows Gurley seated inside a car -- signing various helmets, pictures and jerseys.

Sources tell us ... there are photos from two separate autograph sessions and both happened fairly recently.

We're also told the NCAA -- and UGA officials -- contacted the people shopping the footage ... though it's unclear if the video people cooperated with investigators.

Gurley was suspended indefinitely by UGA on Thursday. UGA would not reveal why he has been suspended.

We reached out to the NCAA, UGA and Gurley's family on multiple occasions -- so far, no comment from anyone.