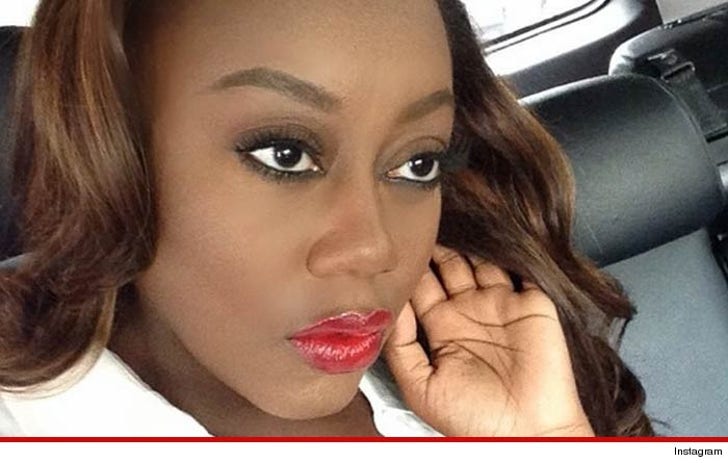 11:50 AM PT -- Turns out the victim was Geneva's co-star Melyssa Ford ... whose rep tells us Ford had to get 3 staples to close the wound on her head -- and also cut her feet on the broken glass.

Bravo star Geneva Thomas has perfected her skills of being an out-of-control reality show bitch ... by getting arrested Tuesday night after cracking a bottle over a chick's head.

Law enforcement sources tell TMZ ... Thomas was on a boat in NYC during a shoot for her show, "Blood, Sweat and Heels." We're told she got into an argument with another woman and her choice of weapon was a vodka bottle, which connected with the other lady's head.

The injured woman was taken to a hospital where she was stitched up.

As for Thomas ... she was arrested for felony assault.

Thomas had a less violent run-in last month ... getting arrested for skipping out on an $18 cab fare.