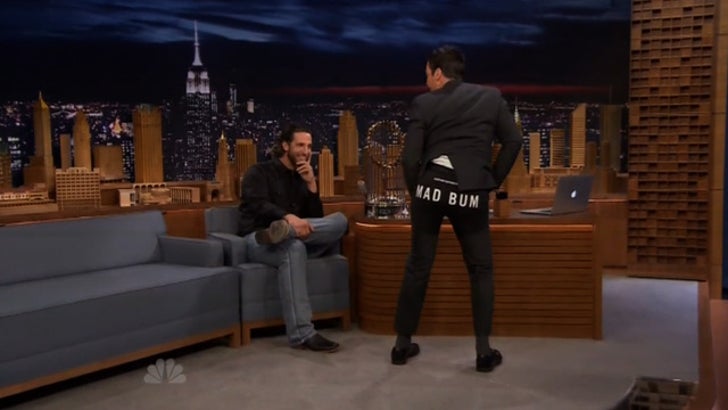 Jimmy Fallon tried on Madison Bumgarner's underwear on live TV last night ... and it was hilarious.

The World Series hero appeared on "The Tonight Show" -- armed with a gift for the talk show host ... a pair of the "Mad Bum" undies that Jockey started making in Bumgarner's honor.

FYI -- the undies have quickly become collector's items ... since Jockey only made 2,000 pairs to commemorate the pitcher's historic World Series performance.

Fallon was pumped about his new drawers ... and tried 'em on right on the set.

Bumgarner couldn't have been prouder.