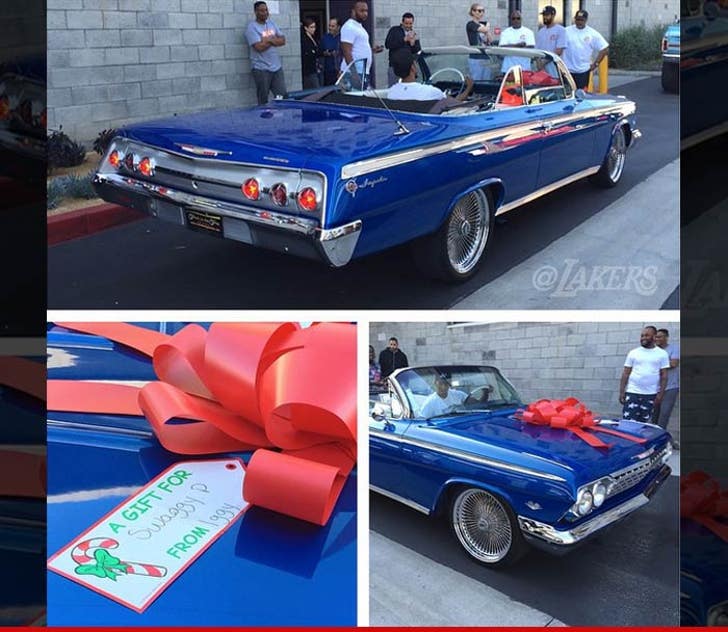 Santa Claus ain't got nothin' on Iggy Azalea ... who just hooked up Nick Young with one helluva Christmas present -- a 1962 Chevy Impala ... complete with a red bow.

Iggy personally delivered the ride to Swaggy P outside the Lakers practice facility -- where Nick got the chance to show off his new whip in front of all his boys.

No word on how much Iggy paid for the ride ... but some '62 Impalas have been appraised around $100k.

Question is ... how's Nick gonna compete with that?