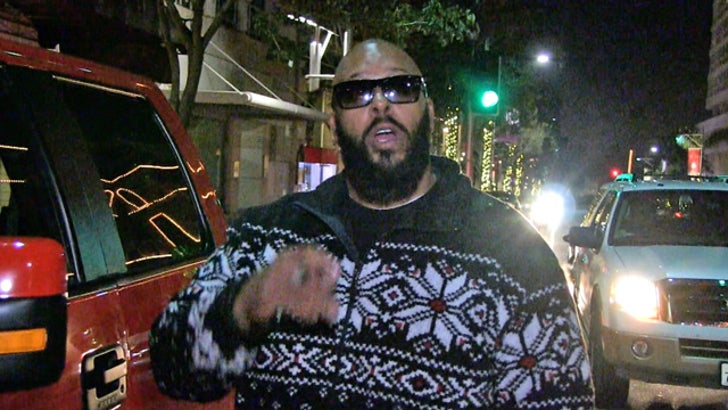 Suge Knight has a belated Christmas gift for anyone who he thinks wronged him in 2014 ... and it sounds a lot worse than a lump of coal.

We fired off a simple question to Suge, Sunday night at Mastro's -- "Got any New Year's resolutions?" -- but his reply sounded like he was checking off a revenge list.

The former head of Death Row Records also said he supports Lil Wayne in his battle with Cash Money ... then seemed to make an unprompted, and puzzling, threat toward Drake. 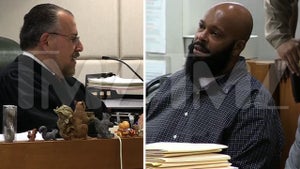