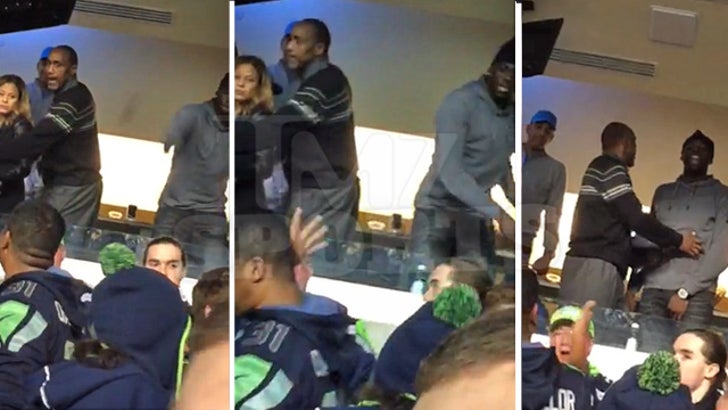 6:26 AM PT -- Turns out the women that were hanging with Draymond were Steph Curry's wife and mother.

You can see Steph's mom, Sonya, shooting a thumbs down sign at the fans during the exchange.

No word on where Steph was when it all went down.

NBA player Draymond Green THREW FOOD at a bunch of Seahawks fans at CenturyLink Field yesterday during an altercation involving his group of Panthers fans ... and TMZ Sports has the footage.

Green's group was seated in a private box -- and sources tell us there was a LOT of smacktalking between his group and the Seahawks fans sitting below him.

But toward the end of the game, when Seattle started piling it on ... things got especially heated -- and that's when the Golden State Warriors bigman grabbed some food and fired it at the Hawks fans.

Someone else in the group also tossed some food down below.

We're told no one got kicked out of the game -- it was already so close to the final whistle that everyone just dispersed. But the Seattle fans definitely had some words for Green as they left.

We reached out to Green and his reps for comment -- so far, no word back. 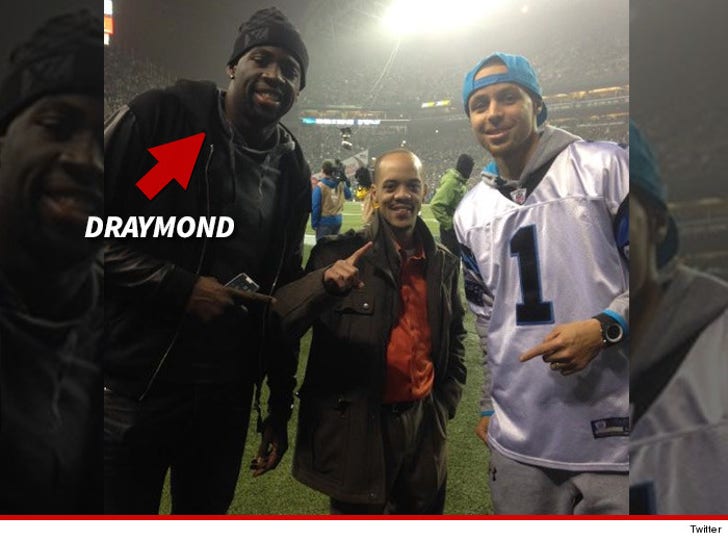