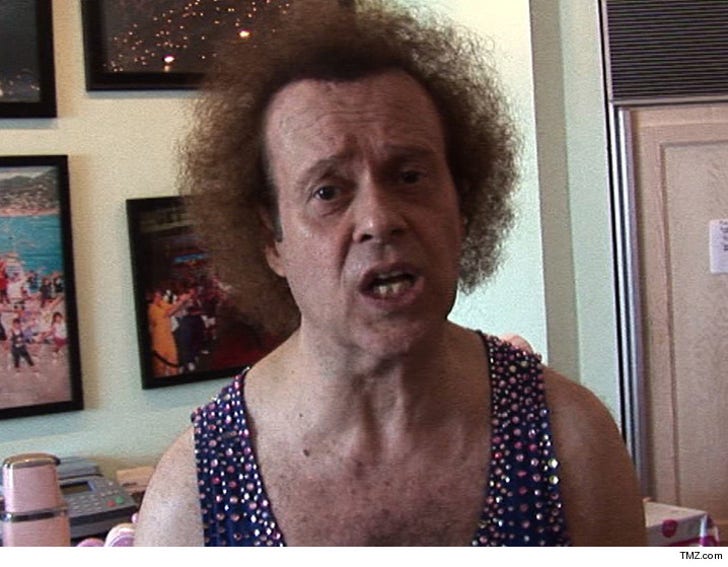 Richard Simmons had visitors Friday night ... cops who were doing a welfare check because he's been MIA for more than year ... and guess what? He's fine.

Law enforcement sources tell TMZ ... 2 LAPD officers showed up to Simmons' Hollywood Hills home at 7 PM. Richard answered the door and showed them in. The cops' feedback -- he couldn't have been nicer and more gracious. They say he was articulate, lucid, relaxed and appreciative of their concern.

Law enforcement sources tell TMZ ... the visit was triggered by a long-time friend of Simmons who sent an email to the L.A. County D.A.'s Elder Abuse Unit last month and said he believed the 66-year-old fitness guru was being abused.

TMZ broke the story, Simmons went radio silent a year ago. He hasn't spoken to his friends, gone to his fitness studio or been seen in public. His friends say there is no way Richard would shut himself off this way. His manager says Simmons is simply depressed over a knee injury.

But we've learned the 2 cops who spent an hour with Richard say he seemed genuinely happy. Simmons, who now has a beard, told them he was "exhausted" after spending 30 years in the public eye. He said, "I just want to spend time with myself," although he says he's in regular touch with the people in his life who matter to him. He was alone in the house Friday when cops were there.

Simmons was walking with a slight limp, which is consistent with the knee injury. As for why he hasn't been to his fitness studio for the better part of last year, he said, "I've got people who run things. I don't need to be there." Until he disappeared he was a fixture at the studio. 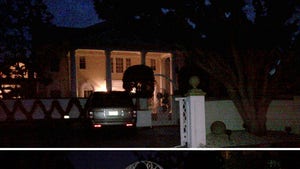 Where is Richard Simmons?