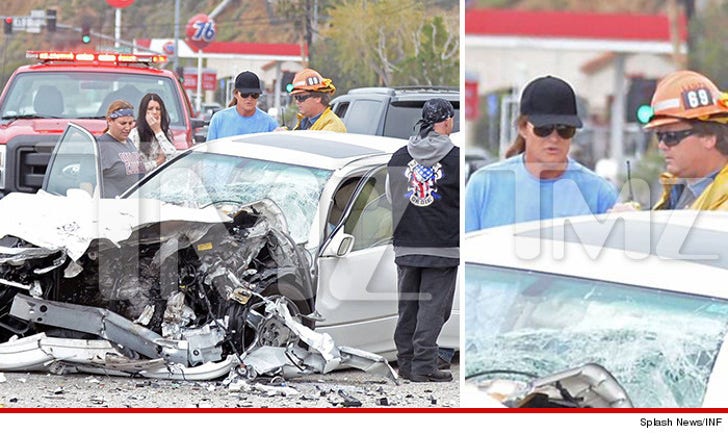 Bruce Jenner may not be the driver who caused a woman to die on PCH Saturday ... because law enforcement tells TMZ they now believe the Prius that led the pack made a sudden stop, causing the Lexus to crash into it ... BEFORE Bruce hit the Lexus.

As TMZ first reported ... Sheriff's deputies were suspicious of the story the Prius driver told. She said she was stopped at a red light, but she was 300 feet from the light. When cops asked her if there was a line of cars in front of her she was vague. Deputies think she might have been making an illegal U-turn.

So the current scenario is this ... the Prius came to a sudden, possibly illegal stop on the highway. The Lexus hit the Prius and then Bruce slammed on his brakes, swerved right but was unable to stop, slamming into the Lexus. The Lexus then went into oncoming traffic and hit the Hummer, killing the Lexus driver.

It appears there is no criminal liability on Bruce's part. As for civil liability, there is a law that you cannot follow too close and need to prepare for sudden events. But if the Prius stopped without warning ... that driver could be at the very least partly responsible for the accident.

6:00 PM PST -- Jenner released a statement about the crash saying, "My heartfelt and deepest sympathies go out to the family and loved ones, and to all of those who were involved or injured in this terrible accident."

Bruce adds, "It is a devastating tragedy and I cannot pretend to imagine what this family is going through at this time. I am praying for them. I will continue to cooperate in every way possible.” 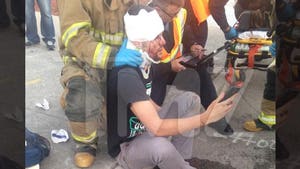 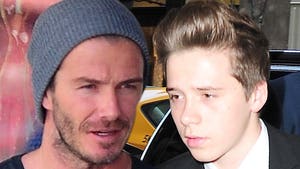