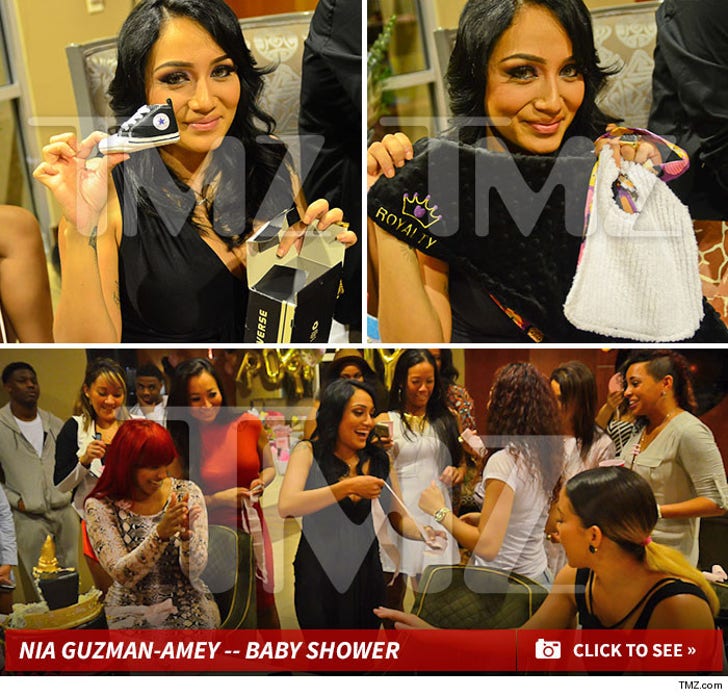 Chris Brown's baby mama was treated like royalty at her baby shower ... and nothing says royalty like little Gucci boots and tiny Converse.

The guest list included a guy named Brazil, whom she believed was Royalty's papa. He was zip-lipped during the entire soiree.

After gobbling down a crown topped cake, the ladies tested their mommy skills in a diaper changing contest. The winner was toasted with wine from baby bottles. Nia abstained ... something she clearly didn't do with Chris. 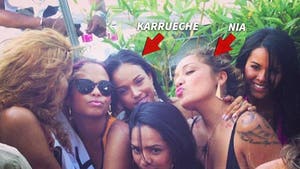