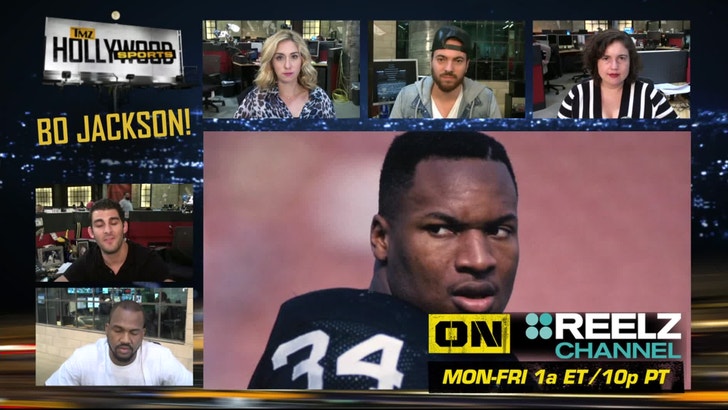 Bo Jackson used to be the king of TWO sports ... now, he's got problems handling a #1.

Jackson called in to "TMZ Hollywood Sports" and told us about how he's getting his 52-year-old body ready for his annual charity cycling event, Bo Bikes Bama ... but he's moving a little slower than he used to.

"I got up this morning and went to the bathroom to pee ... and pulled a muscle," Bo joked.

But the real headline could be that Bo thinks he's gonna get his "BUTT KICKED" in the ride by his former nemesis Brian Bosworth -- who's announced he's participating this year.

Check out the clip ... Bo explains how the former rivals reconnected after nearly 30 years for a great cause -- and why he's confident Bosworth will finally get his revenge.