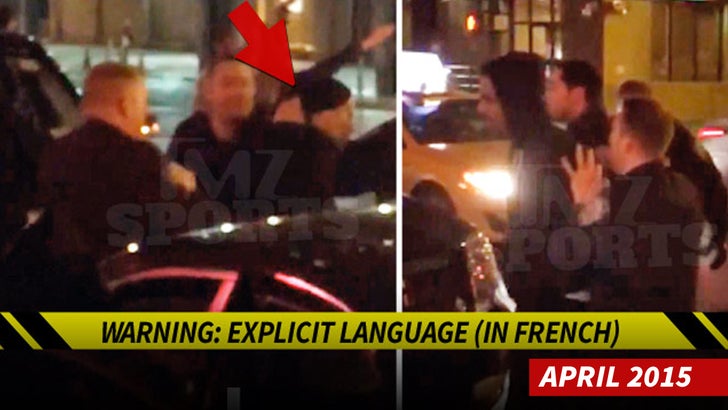 Atlanta Hawks star Thabo Sefolosha was grabbed around the neck -- and flung to the ground -- in a struggle with several NYPD officers during his Wednesday arrest ... and TMZ Sports has the footage.

Before the video begins, Thabo's teammate Pero Antic was already sitting on the curb -- subdued by police for allegedly obstructing cops from investigating the Chris Copeland stabbing.

But when cops tried to corral Thabo, something went wrong -- and a scuffle breaks out between the NBA player and 6 officers.

At one point during the struggle, you can see an officer reach out and grab Thabo by his neck ... while two other officers help take the 6'7", 220-pounder down to the ground.

Eventually, Thabo is placed in cuffs -- and officers walk him down the street ... while onlookers shout obscenities in French directed toward the police.

Moments ago, it was reported that Thabo suffered a fractured tibia in the melee and will miss the remainder of the season.

Both Thabo and Pero issued a statement saying they will fight the charges. 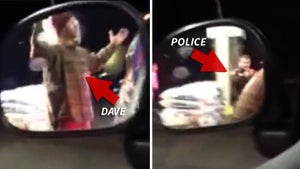 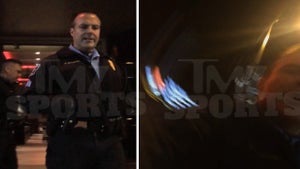 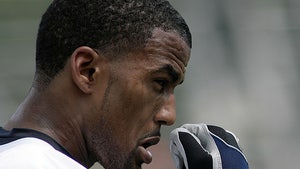