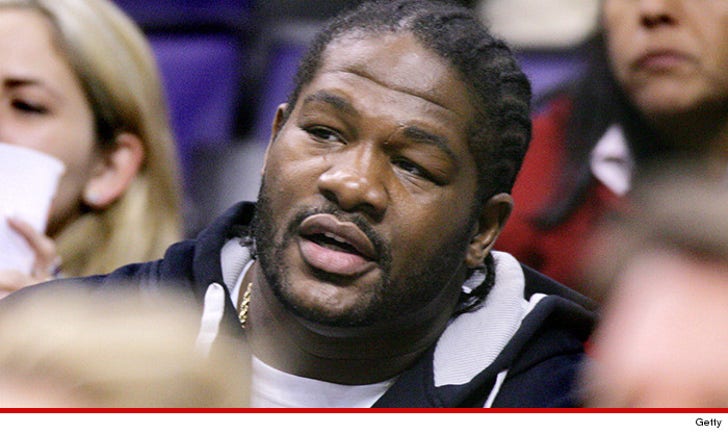 Bowe set his Twitter on fire yesterday when he announced to his 451k followers that he'd tweet anything they wanted him to ... if they dropped $20 in his PayPal account.

After Bowe's announcement, his @RiddickBowe account became a series of insanely hilarious nonsense ... and people began to wonder if the champ -- who filed for bankruptcy in 2005 -- had fallen on even harder times.

We spoke to Bowe's reps ... and they tell us that the stunt had nothing to with his finances ... he was just giving his Twitter fans what they wanted.

“He was just trying to help out his fans, they ask me to tweet things and it kinda got spurred out of control.”

As far as how much money he made on the whole thing -- they wouldn't say ... but every little bit helps, right?