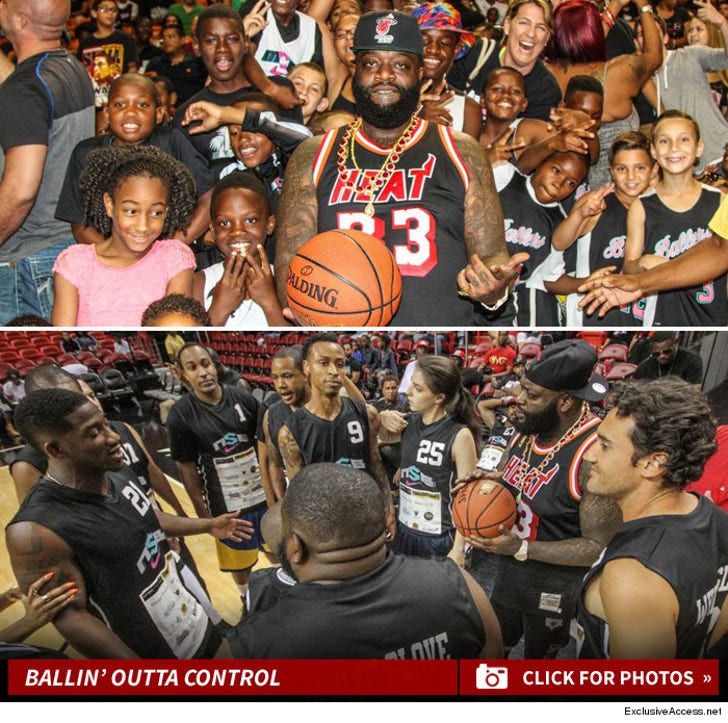 Rick Ross just got out-bawsed ... but he ain't sweatin' it -- 'cause even though he got CRUSHED in a celeb hoops game ... he raised a TON of cash for a local charity.

Ross stepped up to coach a team in the 4th annual Nike South Beach Celebrity Court of Dreams game this past weekend to benefit the South Beach Charitable Foundation for kids.

The hip-hop star coached a team of celebs -- including NFL players Antrel Rolle and the Pouncey twins ... in an effort to beat the "South Beach All-Stars," coached by ex-NFL lineman Bryant McKinnie.