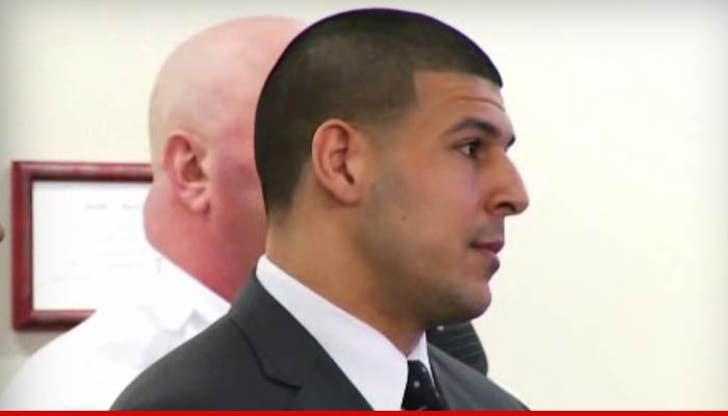 Odin Lloyd's mother is moving forward with a wrongful death lawsuit against Aaron Hernandez AND the New England Patriots ... hoping to collect on the MILLIONS she claims the team was supposed to pay the former tight end.

Ursula Ward has re-filed docs in state court in Massachusetts that she originally filed back in 2013 ... claiming Hernandez should be held financially liable for the wrongful death of her son.

Of course, Hernandez was convicted of Lloyd's murder -- so, Ward has a pretty solid case against Aaron.

But in the suit, Ward also names the New England Patriots as "reach and apply defendants" -- meaning that if she wins ... she wants to be able to collect her judgment from the Pats.

Now, this is important because Ward claims that Hernandez has a right to collect $3.25 million of a signing bonus that she claims was due back in March 2014.

Ward does not specify how much she's demanding from Hernandez.