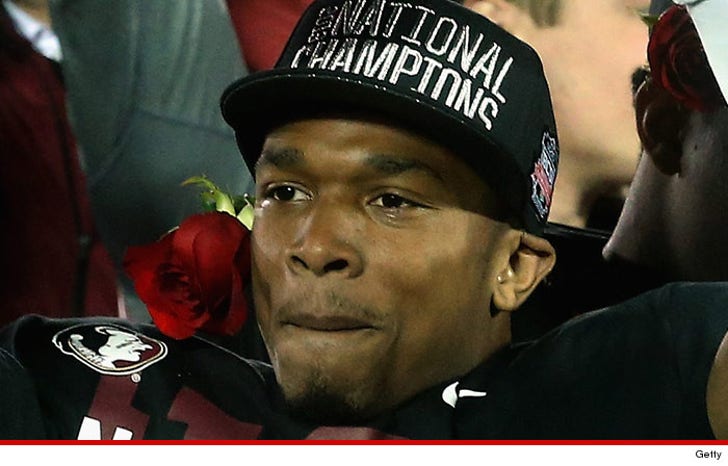 Top NFL draft prospect P.J. Williams -- a projected 1st round pick -- is officially OFF THE HOOK in his DUI case ... and it's all because the police dash cam MISSED a significant portion of the arrest.

As we previously reported, the ex-Florida State University cornerback was busted on April 3rd -- after cops say he appeared to be hammered while driving his friends out of a McDonald's parking lot in Tallahassee at 3 AM.

The 21-year-old admitted he had been drinking several hours earlier in the evening -- but insisted he was NOT drunk when he got behind the wheel.

He did NOT submit to a breathalyzer or a blood test ... so cops were relying heavily on the dash cam video to prove he was in no shape to drive.

But according to the Leon County District Attorney's Office ... "significant portions of the DUI investigation were not captured on video because of the positioning of the police car."

We're told the most important part of the arrest -- the field sobriety test -- was a casualty of the dash cam mishap.

Ultimately, prosecutors decided the case against Williams was weak without the footage -- so the case was tossed.