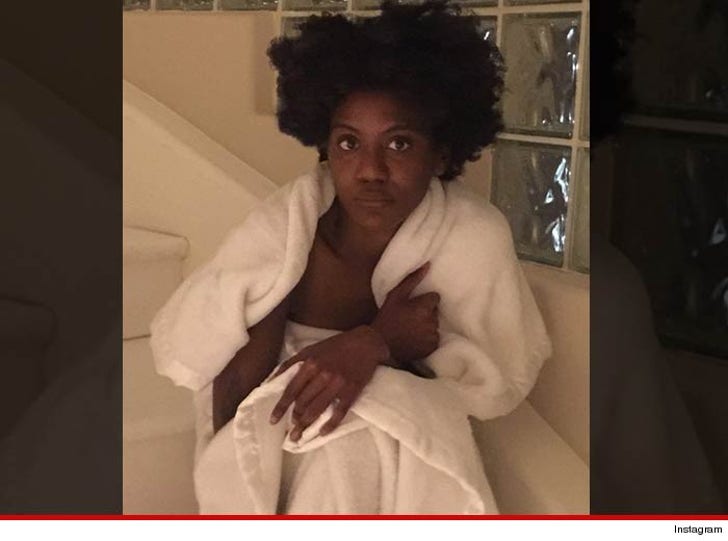 Chris Brown came home Wednesday night to find a naked woman in his bed ... problem is he had no idea who she was ... so he called the cops and they carted her away.

Law enforcement sources tell TMZ ... CB returned to his home in Agoura Hills, CA with his security team around 9:00 PM when he found a woman's clothes in the foyer and "I LOVE YOU" spray painted on the kitchen counter.

We're told when Chris and his team went to investigate, they found the unknown/unclothed woman in his bed. Chris called the cops, who came and cuffed the woman and took her to the station, where she was booked for felony burglary and felony vandalism.

Cops believe the woman -- a 21-year-old female -- had lingered there for a while -- police found dishes in the sink and discarded food. Chris had been in Las Vegas for the past few days.

Our sources say the woman also vandalized Chris' silver Rolls-Royce and his black Range Rover by spray painting "MRS. BROWN" on them.

Breaking and entering is one thing ... but why you gotta go and mess with the man's ride?