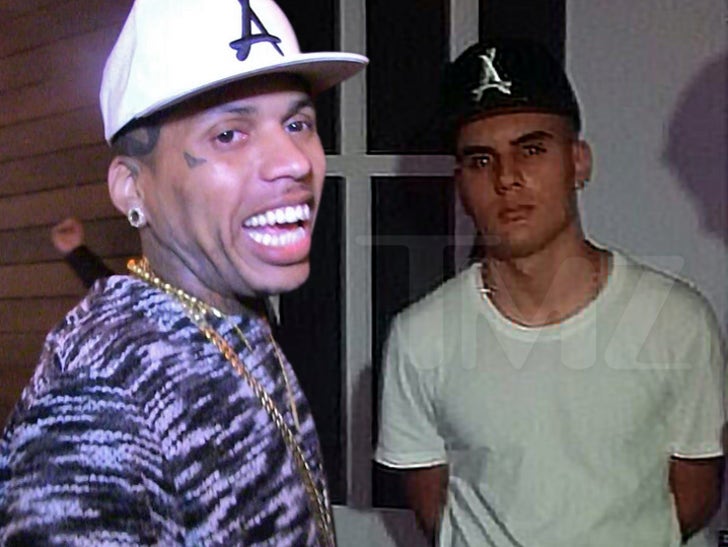 The Brazilian who got the beatdown from Kid Ink's security after charging the stage is now demanding a face-to-face apology from the rapper.

18-year-old Junior Parriera said he'd give Ink a pass and not sue for getting clocked by a security guard at Sunday's show in Sao Paolo IF the rapper made a personal apology.

Ink obliged by posting a pretty sincere message on his Instagram ... blaming the heightened security at his show on the recent Paris terrorist attack at the Bataclan, and singling out Junior. 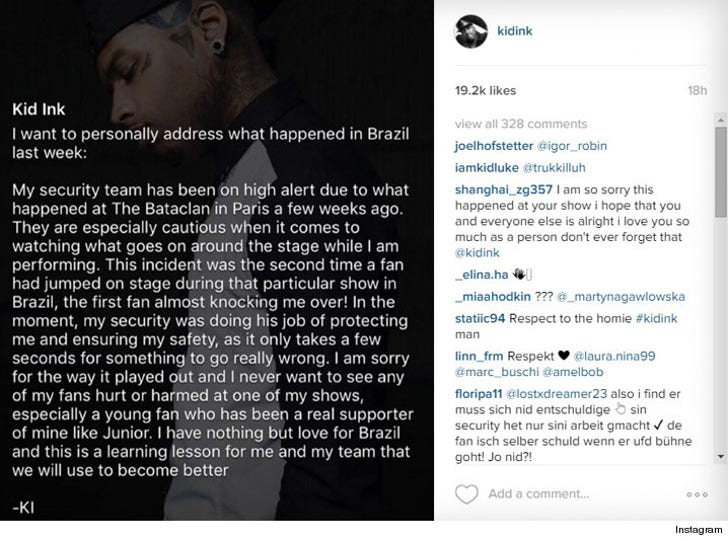 The apology didn't really work ... Junior went ahead and filed a police report. He tells us he thinks the apology was a media stunt and doesn't even think Ink wrote it.

Junior's still not sure he'll sue ... it all depends on whether he gets the face-to-face mea culpa. 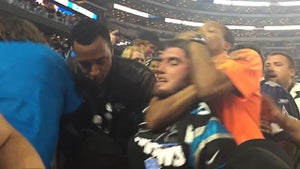