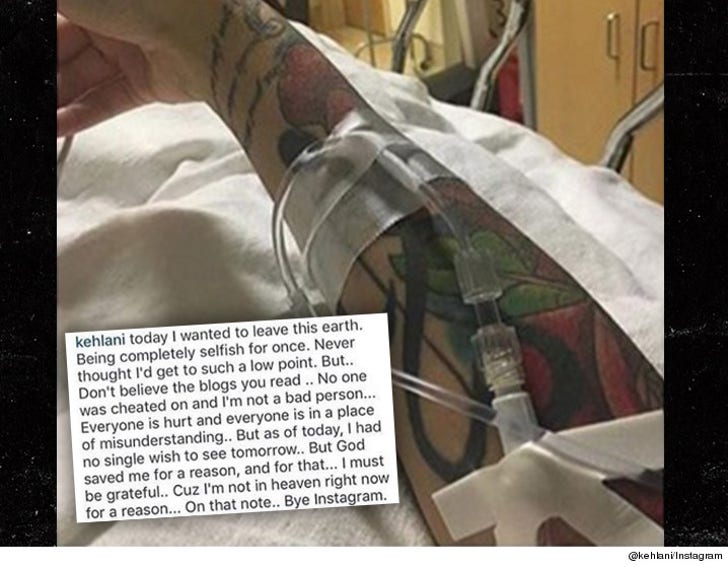 R&B singer Kehlani says she was so devastated over rumors she cheated on her boyfriend Kyrie Irving, she tried to kill herself Monday night ... but fortunately, she survived.

Kehlani posted the ordeal on Instagram -- showing a pic of herself with an IV in her arm in a hospital bed with the caption, "I wanted to leave this earth. Being completely selfish for once. Never thought I'd get to such a low point."

FYI -- The Internet was brutal to Kehlani Monday over a picture that suggested she cheated on Irving with her singer ex-boyfriend "PartyNextDoor."

But Kehlani says SHE NEVER CHEATED -- and says she was already broken up with Irving when she got back together with "PND."

"I am severely utterly in love with my first love. Went thru a bad breakup and ended up easing into a relationship with a man who was one of my bestfriend [Irving]. Tho we realized we both weren't exactly at a time where we were prepared to do so." 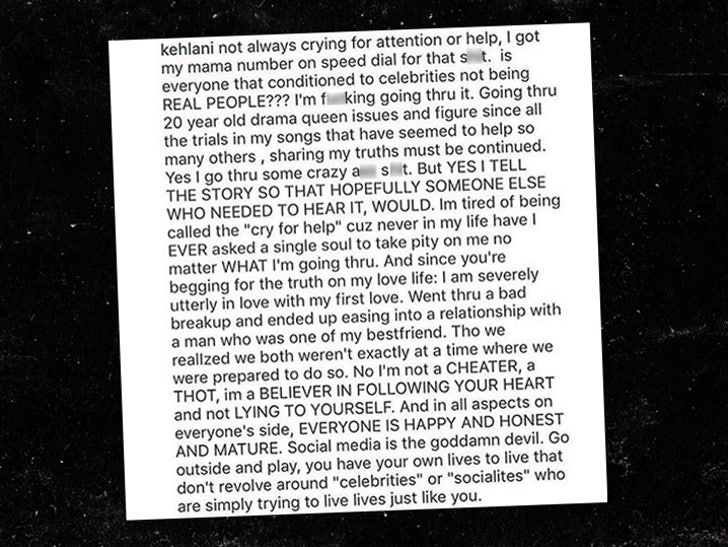 "No I'm not a CHEATER, a THOT, im a BELIEVER IN FOLLOWING YOUR HEART and not LYING TO YOURSELF."

Translation -- I was with PND. We broke up. I got with Kyrie. We realized it wasn't working out. Got back with PND.

Kehlani says PND helped save her life last night -- says "God saved me for a reason."

She has since deleted everything from her Instagram page. 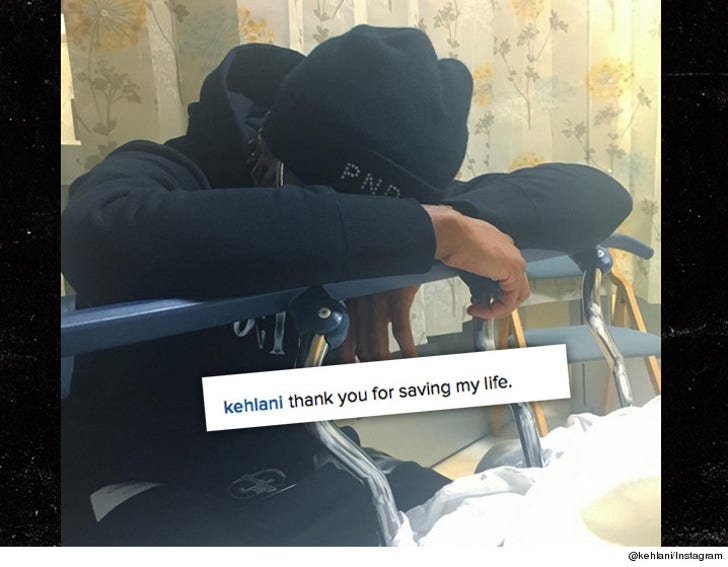 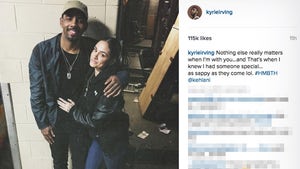 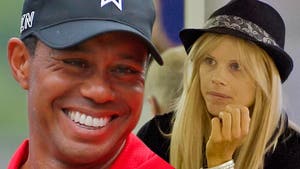 Tiger Woods -- Elin's One Of My Best Friends ... I Shoulda Been Honest With Her