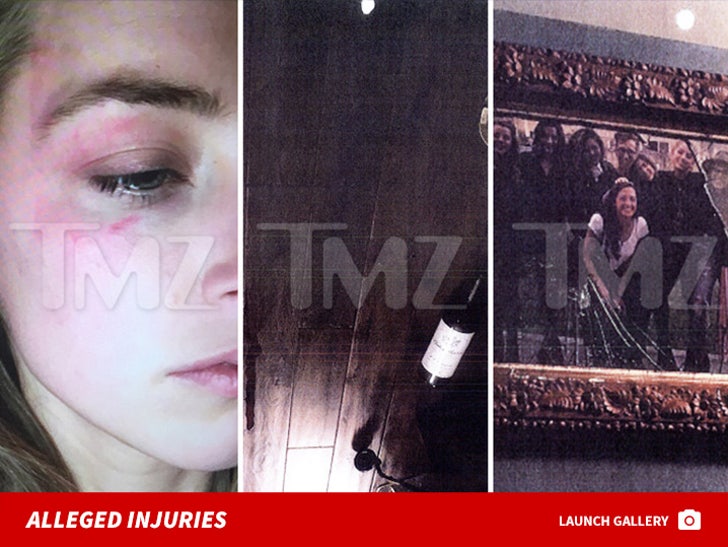 Amber Heard claims in legal docs ... during their entire relationship Johnny Depp was verbally and physically abusive, and she lays part of the blame on drug and alcohol abuse.

TMZ has obtained the legal docs Amber filed to support her claim that Johnny smashed an iPhone against her face Saturday night, which she claims triggered her move to file for divorce. As we reported, cops came but she declined to file a report.

Amber claims, before the alleged incident over the weekend -- during her birthday party at home last month ... Johnny showed up "inebriated and high." She says after the guests left, they argued and he threw a magnum-sized bottle of champagne at the wall and a wine glass at her. She says he grabbed her by the shoulders and pushed her onto the bed. She also says he grabbed her by the hair and shoved her to the floor.

Amber says she didn't see Johnny again for a month, until Saturday night. She says he was drunk and high again and they were talking about his mom's passing the day before. She says he "suddenly began obsessing" about something, got mad, grabbed the phone, "wound up his arm like a baseball pitcher and threw the cell phone at me striking my cheek and eye."

She claims he also pulled her hair and struck her, then she says he grabbed a magnum-sized bottle of wine, chugged some and then used the bottle to break objects around the house. 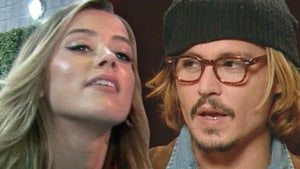 Amber Heard -- I Want the House and the Dogs 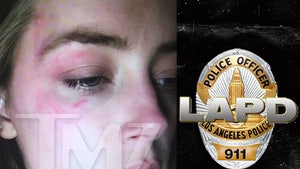