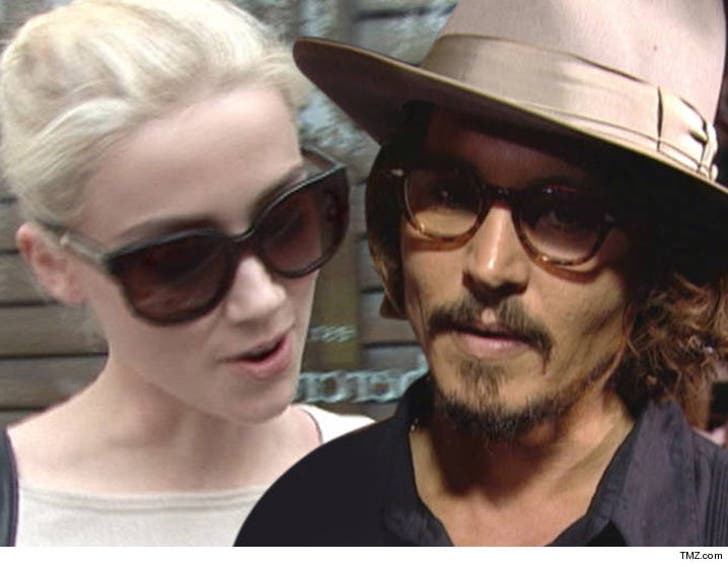 Amber Heard has been cavorting in London this week, but we're told she will absolutely be back for her deposition on Saturday ... and Johnny Depp could be watching the whole thing.

Our sources say Amber is locked and loaded for the depo, which is set for 10 AM Saturday morning. Johnny's lawyers, we're told, plan to grill her on her claim Johnny physically attacked her. We're told the depo could last 7 hours, and the range of inquiry includes statements from cops and witnesses who say she showed no signs of injury and nothing was broken in the downtown L.A. loft.

Johnny could be at the depo -- he has a right to show -- but both sides have to sign off on him being present because a restraining order is currently in place.

We're also told Johnny must sit for his deposition next week.

If the case is going to settle, this is the time. We're told settlement discussions are ongoing.