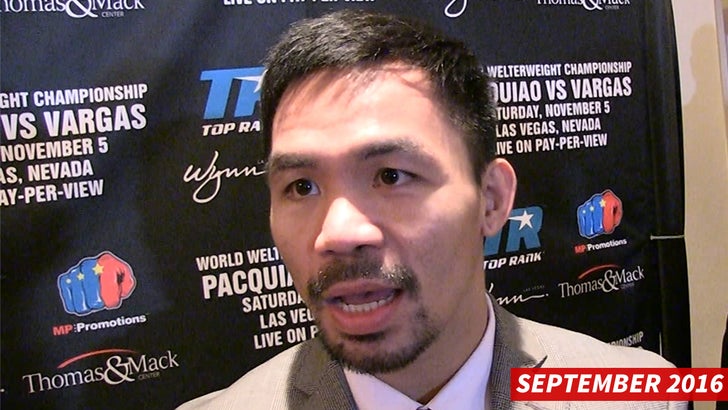 Manny Pacquiao says he made a "mistake" by saying gay people are worse than animals earlier this year -- but stands firm on his anti-gay beliefs.

PacMan was promoting his upcoming fight against Jessie Vargas when he told us he regretted making the comments back in February ... saying, "I'm just human. Nobody's perfect."

Of course, Manny started a firestorm when he went on a TV show in the Philippines and said heterosexuality is "common sense" -- you'd have to be dumber than an animal to not understand.

Pacquiao was fired by Nike and banned from The Grove shopping center in L.A. in the wake of his comments -- but now, he's expressing remorse ... kinda.